Sarah Cullen is a PhD candidate in the School of English at Trinity College Dublin, and was recently elected as one of our Postgraduate and Early Career Representatives 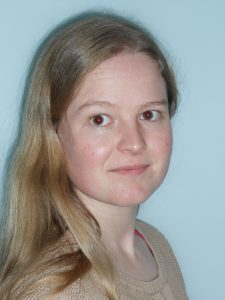 I started my BA in English and Drama in UCD in 2009 and went straight into UCD’s American Literature Masters once I’d finished in 2012. At the end of my BA there were a few different areas I was interested in pursuing, but what pointed me towards American Literature was that it was the last year one particular individual would be teaching the course (need I say it? It was of course Ron Callan). During my MA the nineteenth-century class (taught by our own Dara Downey) tickled my fancy despite the fact that up till then I had been fairly set on twentieth-century fiction, and as a result I began thinking tentatively about a nineteenth-century PhD proposal even as I was handing in my twentieth-century MA thesis. Then, after a couple of years out in the real world (just enough time for me to realise what a cold, dead wasteland it is) I took the plunge in September 2015 and here I am, still technically alive, Trinity PhD candidate and IAAS Postgrad Rep in 2017!

I’m researching Night Studies in Nineteenth-Century American Literature. I’m examining ways in which representations of night were used to challenge ideas regarding race and gender, by focusing on authors like Charles Brockden Brown, Harriet Jacobs, Frederick Douglass, and Charlotte Perkins Gilman. Part of that is also looking at how the advent of electricity changed attitudes towards the night throughout the century. I’m also currently writing a chapter on Frederick Douglass for a collection entitled Surveillance, Race, Culture.

I don’t know I have favourites, but I’m going to say Paradise by Toni Morrison. I feel like it’s a book I would never get tired of reading. (The fact that it was also the focus of my WTM Riches essay is…pretty nice, I suppose!)

My favourite movie might be Jacques Taiti’s Les Vacances de Monsieur Hulot because who doesn’t want to holiday in a sleepy seaside French village in the fifties?

For favourite album I’ll just say anything by Fleetwood Mac because that’s my study soundtrack.

I would rather like to be an artist. I enjoy painting and it’s something that I hope I will be able to keep up alongside more academic pursuits!

I’ve been told I look like Julia Stiles a couple of times. Her heady mix of Shakespearean high school escapades and international espionage please me, so I say yes.

I was lucky enough to win the IAAS’s own WTM Riches Essay prize as a Masters student back in 2013, and they haven’t left me alone since! But seriously, the IAAS was my way into Ireland’s academic community even when I was between degrees, as they were always very welcoming at their conferences. Getting opportunities to present as an independent scholar was one of the key factors in encouraging me to return to start a PhD.

Oh good grief. Probably a roast? I feel like that’s achievable. And by achievable I mean I will burn it and you’ll all be disappointed and no one will ever call around again.

This is probably way too grandiose, but everything I’ve been reading about Frederick Douglass makes me very teary-eyed. Even the POTUS has noticed him now! I truly believe we can expect a bright future from Douglass.

I recognise that James and myself have a lot to live up to in follow on after Rosemary, Katie and Kate as Postgraduate Reps, and we’re very much looking forward to the challenge! We’ve a few new ideas to incorporate into future postgraduate symposia while trying to maintain the high standard of excellence that’s come before. As a result I would of course encourage anyone who’s interested in American studies in any shape or form to join the association – the more diverse the interests the better! And on a slightly more personal note, I would particularly like to encourage anyone who is interested to enter the WTM Riches Essay competition. It’s a great way of getting involved with a great bunch of lads, and a wonderful way to start off your publishing career too!