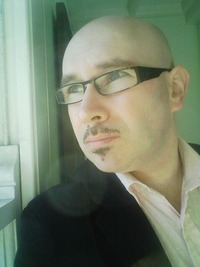 James G.R. Cronin, a part-time doctoral history student under the supervision of Professor David Ryan, Head of the School of History at University College Cork, was the recipient of an IAAS Postgraduate Research & Travel Bursary in May 2015, along with David Deacon of UCD.

James’s study focuses on the social criticism of American writer Thomas Merton (1915-1968). James is concentrating on Merton’s essays on war and peace specifically written to mobilize American public opinion against the arms race in the year prior to the Cuban Missile Crisis during October 1962. He is especially interested in exploring how Merton employed independent media networks of production and distribution to circumvent the normalizing discourses circulated by the mass media throughout American society at the height of the Cold War (1947-91). James has used the IAAS bursary to support his research at the Thomas Merton Center at Bellarmine University in Louisville, Kentucky. For information on this archive and the writings of Thomas Merton please visit http://merton.org/