2016 will mark a number of anniversaries in these islands, most notably the centenary of the Easter Rising in Dublin in 1916. Americanists will mark the 240th anniversary of the Declaration of Independence and Belfast is an ideal location for this collaboration between the IAAS and BAAS. The Belfast News Letter was the first English language newspaper in Europe to publish details of the Declaration of Independence in 1776; in 1796, George Washington established a US Consulate in Belfast, appointing Belfast-born James Holmes on 20 May (coincidentally, Holmes’ brother-in-law Henry Joy was owner of the News Letter) as the first US Consul to Belfast. Other notable anniversaries include the centenary of James Montgomery Flagg’s Uncle Sam recruitment image in July 1916, and also the bicentenary of Uncle Sam’s first appearance in literature.

The 2016 conference will be a three-day conference beginning on Thursday 7 April and concluding with the conference banquet at Titanic Belfast on the evening of Saturday 9 April.

We are delighted to announce our plenary speakers: 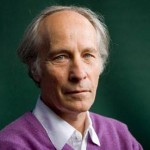 Richard Ford: award-winning author of major contemporary American novels including Independence Day, Canada, and Let Me Be Frank With You.

Deborah Willis: Professor and Chair of the Department of Photography and Imaging, the Tisch School of the Arts at New York University.

Paper and panel proposals are welcomed on any subject that falls under the remit of American Studies. We invite proposals from individuals and from other interest groups including associations linked to BAAS and IAAS, such as the APG, BGEAH, BrANCH, TSA and HOTCUS.

Usually, the IAAS runs a themed annual conference. Given the anniversaries of revolutions and independence with which this event coincides, we warmly welcome suggestions for related papers and panels on this particular conference sub-theme.

Proposals for 20-minute presentations should be a maximum of 250 words and include a provisional title. Proposals by two or more people sharing a common theme are warmly invited and we welcome panels that cross disciplinary boundaries. The conference organisers hope to continue the initiative shown at previous BAAS and IAAS Annual Conferences by scheduling roundtable discussions and innovative panel presentations, and we encourage such proposals as appropriate. All proposals should be submitted to baasiaas2016@qub.ac.uk by 1 November 2015.